Kat will be backed up by Steve Dawson & band
Concert poster 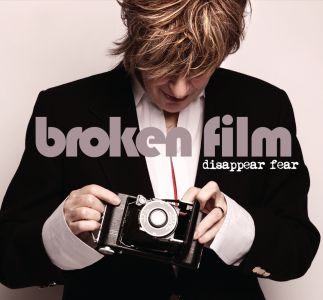 In his book Mo Meta Blues, Questlove quotes Someone once said that blues and gospel were fraternal twins, close in spirit, neither one wanting to admit how similar they looked.

With this new album Baptized By The Mud, Kat Danser gives birth to a set of those twins. And she knows how much they look alike.

Join Edmonton’s Queen of the Swamp Blues, Kat Danser, as she musically invites you to lay your burdens down with this set of ChurchBlues songs. On this current soundtrack to her storied life, songwriter, vocalist, and guitarist Danser collaborates with producer/ guitarist Steve Dawson; and as she does so, channels the spirit of keepers of the flames of roots, blues, and spiritual music. With this, her fourth album, she lights one herself as she effortlessly mixes her own fresh material with well and lesser-known gospel songs.

This CD is the summation of years of study, mentorship, and songwriting with legendary blues icons in Mississippi- birthplace of the blues- and her graduate studies at the University of Alberta, where she focused her Masters thesis on the representation of blues music over the past century.

Baptized By The Mud is a musical journey through time, from the Canadian Prairies to the Mississippi Delta. Listening to it is like travelling with your ears.

The show is on the road, and coming to your town. Vancouver is special, as it the former hometown of producer and MD Steve Dawson, who will be playing with Danser on the CD release show. This is a rare opportunity to see the prodigal son return, as his move to Nashville has precluded the Vancouverites from hearing him around there any longer. Also on board on the album and live show are the usual musical suspects: Geoff Hicks on drums, Darryl Havers on keys, and Jeremy Holmes on bass.

Multinational singer/songwriter SONiA from Disappear Fear released her 17th album, Broken Film, on Sept. 17. A self-described dedication to John Lennon, Broken Film draws on the socioeconomical seasoning reminiscent of a life well-pronounced.”Here in America, we are seeing a lot of beautiful green pastures and hearing sexy male cowboys and farmers talking about how they love their land and the beautiful natural gas underneath it. These commercials are 99 percent propaganda,” SONiA said. “We need to not be persuaded by Halliburton, Exxon Mobile and Shell to sell the rights to extract the natural gas under our land in any of our States to these greed mongers. To allow any kind of fracking on any land is pure suicide and genocide. Even if pretty faces and people you normally elect like Obama and Clinton say it is ok. It ain’t OK at all.”

"Her songs are a vivid celebration of the human spirit in all its infinite manifestations...Disappear Fear's music has a singular sound all its own that makes labeling and categorizing a waste of time....Seed in the Sahara deserves widespread exposure for a true audience that has both a heart and a brain and aren't afraid of music that touches both."
- Don Kening, Daily Herald, Chicago