Beatles Night! (A Celebration of the Roots of the Beatles) 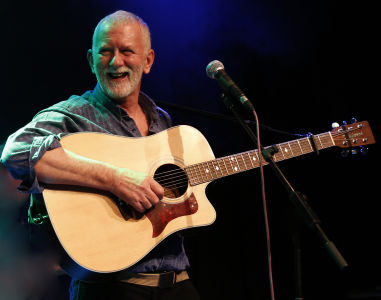 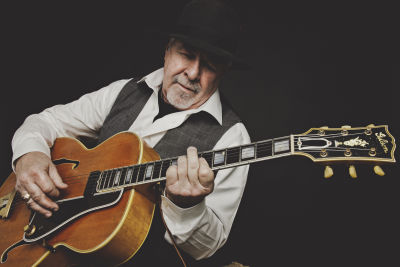 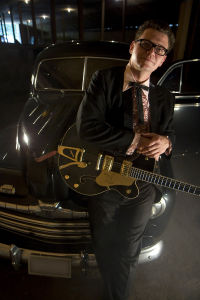 How often do you get to meet someone who went to school with John Lennon, and was there for the birth of the biggest band of all time? Combined with sets by one of the best Rockabilly bands in the world, and a Juno award winning Blues artist all on one stage? Come and celebrate the music of The Beatles and The Quarrymen with some of Vancouver's very best musicians! It will be a party. As Paul sang in the song "Long Tall Sally": We're gonna have some fun tonight! Oh yeah!!

The evening will start with Rod Davis presenting slides, stories, and songs from the early days of the Quarrymen. Rod was born in Liverpool in 1941 and lived for his first twenty years in the village of Woolton, about six miles south of the city centre. Somewhere around 1946 John Lennon went to live there with his Aunt Mimi and she sent him to Sunday school at the local church, St. Peter's. John joined a class of a couple of dozen kids which included Pete Shotton, Nige Walley, Ivan Vaughan and Geoff Rhind and Rod himself, all of whom would play a part in the story of The Beatles.

Rod was a founder member of The Quarrymen along with John Lennon, Len Garry, Colin Hanton, Pete Shotton, and Eric Griffiths. He was in the band the day John met Paul McCartney, who taught Lennon the proper words to 20 Flight Rock, Come Go With Me, and other songs popular at the time. Paul also taught John how to tune his guitar! A book called The Day John Met Paul was written by Liverpool author Jim O'Donnell in 1994, and the audio book was narrated by Rod Davis. Rod's place in The Quarrymen was eventually taken by McCartney; George replaced Eric; Len and Pete left (Pete was "sacked" when Lennon smashed his washboard over his head; "That f...s that, then!") and Colin was the last to leave. Few people know it was John, Paul, George and Colin for a while there!

The Orginal Quarrymen played a Rogue gig back in 1999 - sans John, of course - and Rod was last here with Guy Davis - appearing as The Davis Brothers in December 2009!

The second half of the evening will feature The Aggregates, which is a play on words, sort of related to a Quarry, and reflecting the aggregation of musicians in this one-off band. These "Aggregates" are Jim, Paul, Keith & Jessie.

Jim Byrnes, Paul Pigat, keith Picot & Jesse Cahill will celebrate the early days of The Beatles. The Original Quarrymen, with Rod Davis and John Lennon and co. updated their repertoire from skiffle to rock and roll, became - briefly - Johnny & The Moondogs, then The Silver Beetles, and eventually The Beatles. Rod Davis' mother famously told him: "You're not going to Hamburg with that Lennon!" His place in the band was taken by Paul McCartney.

And the rest as they say is history...