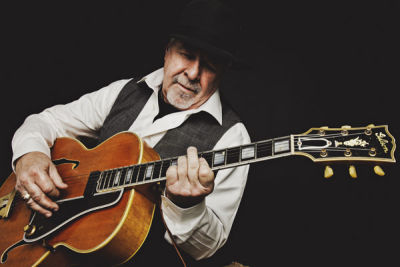 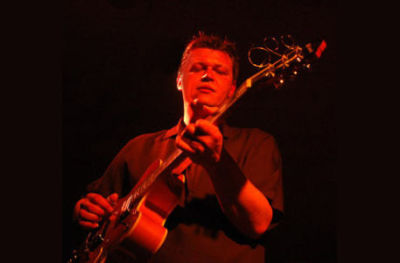 This evening will be a special fundraiser for the renovation of the St. James Hall. Jim Byrnes joins forces with Paul Pigat and friends to present a tribute to Chuck Berry's 90th birthday and the memory of Chess Records' founder Phil Chess, who passed away October 19th at the age of 95.

Although this show is now SOLD OUT, you could still help out the cause by making a donation to the St. James Square. It will be used for construction projects such as improved ventilation, flooring and washrooms that will make the hall a nicer place for you to visit in the future. If you wish, you can make a secure donation by clicking on the big blue button at the bottom of the page at www.sjcommunitysquare.org. For information on donating by phone or post, please contact the St. James Square office at 604-739-9373.

Jim Byrnes was born in St. Louis, Missouri – that’s blues country. He grew up on the city’s north side. One of the neighbourhood bars had Ike and Tina Turner as the house band. As a teenager going to music clubs, he and his buddy were often the only white people in the place. “We never had any problems. We were too naïve, and had too much respect for the music and culture – they knew it, they could tell.” By age thirteen, Jim was singing and playing blues guitar. His first professional gig was in 1964. Over the years, he has had the great good fortune to appear with a virtual who’s who of the blues. From Muddy Waters and John Lee Hooker to Taj Mahal and Robert Cray, Jim has been on the blues highway for 45 years. Byrnes moved to Vancouver, BC in the mid-70s after years of drifting, working odd jobs and playing music. In 1981 he put together a band that became a staple of the local music scene. In 1986 the Jim Byrnes Band played 300 nights. Jim Byrnes’ fame as an actor has grown immeasurably from his too-numerous-to-mention TV and movie roles, highlights including television’s Wiseguy and Highlander series, and his national variety show The Jim Byrnes Show. Jim has proven that a serious car accident in 1972 has done anything but hinder him. Despite two swipes with death and some pretty hard knocks, Byrnes has still managed to rack up an enviable string of credits, both on and off-screen. Jim’s first love, however, is the blues. His evocative, smoky vocals are found in a truth that doesn’t come overnight.  Jim Byrnes plays 150 dates a year in North America and Europe. He will continue to bring his music to stages all over the world. Who could ask for more than that?

You'd never think it to look at Paul Pigat, but behind that unassuming grin and underneath those Doc Watson glasses lurks one of the most restless, combustible musical imaginations ever crammed like so much canned heat into a single body. Blessed with a jazz man's sheen, a rockabilly heart and a hobo's soul, there aren't many genres of music that don't pull at Pigat's wayfaring imagination like a magnet. In many ways, it's a mystery why Paul Pigat isn't a household name yet. Maybe he'd be a lot easier to pin down if he wasn't so darn good at so many different things. Paul has been creating sweet sounds for some of the best artists in the country without getting the attention you'd expect. Still, you'd have to have been hiding under a pretty big rock to have never heard the immediately recognizable sound of his distinctive guitar playing as over the last several years this unassuming Vancouver native has quietly compiled a list of credits that would be the envy of anyone in the music business.

Chuck Berry, the artist who codified the sound, rhythm and language of rock and roll, celebrated his 90th birthday on October 18th with the surprise announcement that he will release a new album, entitled simply ‘Chuck' – in 2017. It is Berry’s first new album in thirty-eight years. It would be impossible to overstate Chuck Berry’s influence on popular culture around the globe (and beyond it). According to Rolling Stone magazine he “laid the groundwork for not only a rock and roll sound but a rock and roll stance,” and many of his compositions – Maybellene, Roll Over Beethoven, Rock and Roll Music, Sweet Little Sixteen and others – have become the genre’s canonical texts. Another, “Johnny B. Goode,” is the only rock and roll song included on the Voyager Golden Record, launched into space in 1977, and intended to represent life and culture on Earth to extraterrestrial beings. Berry received a Grammy Lifetime Achievement Award in 1984, and was in the inaugural class of Rock and Roll Hall of Fame inductees in 1986. He was awarded a Kennedy Center Honor in 2000, placed #5 on Rolling Stone’s list of the 100 Greatest Artists of All-Time in 2010, and was given the first-ever PEN Award for literary excellence in lyric writing in 2012, and Sweden’s Polar Music Prize in 2014. More recently, he was the subject of a widely discussed essay by author Chuck Klosterman predicting that hundreds of years hence, Berry would be singularly synonymous with rock and roll itself. Last month his classic 1973 red Cadillac Eldorado went on display as part of the permanent collection at the Smithsonian’s new National Museum of African American Culture and History.

Phil Chess and his brother, Leonard, who were both Jewish immigrants from Poland, founded Chess Records in 1950 on the Southside of Chicago. It went on to become a label that served as a launchpad for the likes of Chuck Berry, Muddy Waters, Howlin’ Wolf, Koko Taylor, Little Walter, Bo Diddley, Buddy Guy, Little Milton and Etta James, bringing their blues sounds to the world. The music Chess Records released was known as “race music” at the time and was rooted in rhythm and blues, a sound that would influence the likes of the Rolling Stones and lead to the emergence of rock’n’roll. The brothers released music from other giants of blues including John Lee Hooker, Eddfier Boyd, Sonny Boy Williamson, Memphis Slim and Willie Dixon. The blues guitarist Buddy Guy told the Sun-Times that the brothers’ impact on blues and rock’n’roll was huge and that it changed Chicago and turned it into a hotbed for the sound. Phil Chess (whose birth name was Fiszel Czyż) was born in Poland in 1921 before his family emigrated to the US in 1928, eventually changing their name to Chess, with Phil joining his brother in the record business after a spell in the army. The brothers started out with a liquor store, then ran a nightclub and music venue, which was known for its great R&B music, and eventually got into the music recording business, though neither had ever played an instrument. An early Chess release was Muddy Waters’ Rollin’ Stone, a song so influential it became the name of the British rock band and the American music magazine. The Rolling Stones origin story involves a young Keith Richards approaching Mick Jagger because he spotted a couple of Chess LPs under his arm.

So it is fitting that Jim and Paul get together with some of their musical friends to celebrate the monumental significance of Chuck and Phil. The combination of these abundantly talented musicians, inspired by the classic music from THE premier blues label, can only result in a very memorable evening indeed. Don't miss it!