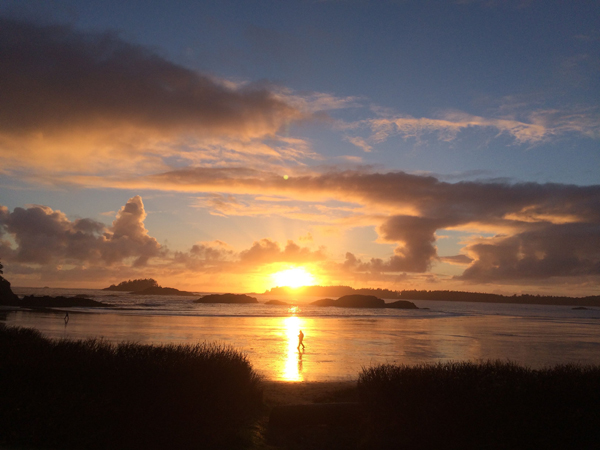 It's been a whirlwind start to the year, I must say! After a run of successful shows (rather a lot of them) I felt in need of some kind of a break, so we headed over to MacKenzie Beach, near Tofino, for a few days. Stayed in a cabin at Ocean Village; a lovely, wooden building, somewhat similar in design to the interior of St. James Hall, with curved arches and wooden panels up to the point of the ceiling. Just a few metres from the beach, too. Nothing but trees, sand, rocks and surf.   1. Sharon Shannon, Sunday March 13th 8pm, St. James Hall (3214 West 10th Avenue) andCelticFest Vancouver 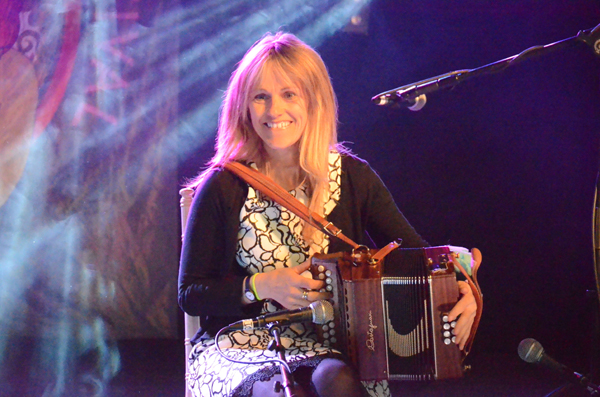 There's a lot going on at The Rogue, of course, so we'll be heading home on Thursday. The next show, with Irish accordionista Sharon Shannon on Sunday, is now Sold Out. We would not have been able to present this concert without the publicity support of CelticFest Vancouver, so a huge thank you to John Coughlan, Gwen Kallio and Jodi Smith for all their help! Along with the "farewell tour" of The Irish Rovers on March 17th, this show is one of the flagship events at CelticFest Vancouver this year, but there's loads more to enjoy at the festival. The Welsh Men's Choir at St. Andrew's Wesleyan on Friday March 11th, for example. They will have special guests including piper Tim Fanning and his Celtic band Ballyhooley, and the De Danaan School Irish Dancers. The Celtic Village takes over Granville Street on Saturday and Sunday, and there's a Festival Ceilidh on Saturday at The Imperial on Main. Sunday's St. Patrick's Day Parade is always one of the highlights of CelticFest; I just hope the rain holds off. Nothing like a downpour to ruin a parade, but if it's dry it's a spectacular event full of music and dance and multicultural celebration. Then we switch to concert mode for Sharon Shannon's show at St. James Hall.During the week there are several performances of J.B. Keane's uproarious Irish play "Moll". Some are at St. James Hall, and the others at Dentry's Pub up the hill towards UBC on West 10th. There are whiskey tastings and music sessions nightly, and then on the 17th, the feature event is the Irish Rovers concert at The Vogue. Brilliant Irish fiddler Gerry O'Connor is now in the band, alongside Spirit of the West's Geoffrey Kelly and the band has never sounded better! Full details of all CelticFest events is on www.celticfestvancouver.com  2. De Danann, Tuesday March 22nd 8pm, St. James Hall (3214 West 10th Avenue) 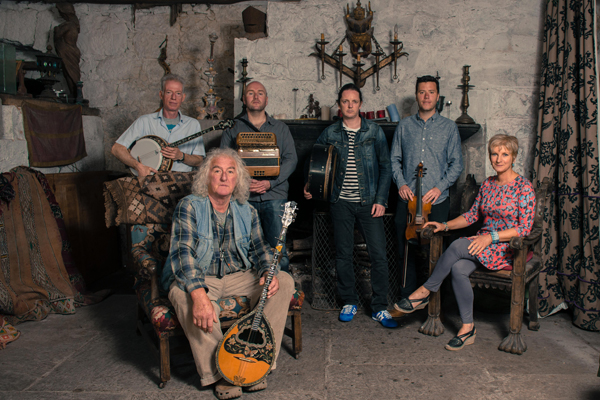 A few days after the festival we team up with CelticFest again to co-present legendary Irish trad. band De Danann at St. James Hall. One of the pioneering Irish bands of the 1970s and 1980s, De Dannan made their name recording instrumental covers of Hey Jude and Queen's Bohemian Rhapsody (they renamed it Hibernian Rhapsody). In the mid-1980s De Dannan boasted three of Ireland's most acclaimed singers: Dolores Keane, Mary Black, andMaura O'Connell - along with English cellist / singer Caroline Lavelle and original members Alec Finn  (bouzouki), fiddler Frankie Gavin, and the amazing bodhran player Johnny "Ringo" McDonagh. They also featured masterful accordion player Mairtin O'Connor. What a band!! Check out their "Ballroom" album for further evidence! That line-up wasn't built to last, and the band even stopped performing for several years before reforming as De Danann in 2010 and recording a great new CD, "WonderWaltz". Singer Eleanor Shanley took over the mantle left by that aforementioned vocal trio around 1990, and she is still the marvellous voice to be heard on their latest CD - in both English and Irish Gaelic. Formerly with Four Men & A Dog, Brian McGrath plays banjo and piano, Alec Finn remains on bouzouki, and the new members are Derek Hickey (accordion,) Ronan O'Flaherty (fiddle,) and Neill Lyons(bodhran). They continue the band's legacy in a fine style and we hope to see a full house when De Danann performs in Vancouver for the first time in over a quarter of a century (although they did play the Mission Folk Music Festival a few years ago.) Tickets and information are to be found here De Danann  3. Coming to The Rogue in April 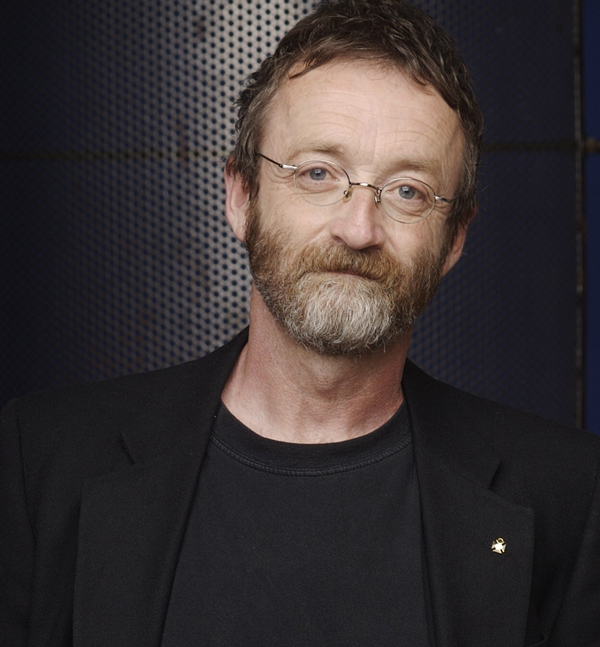 We anticipate another sold out show with David Francey on April 7th. David has just released his 11th album (or is it 12?) "Empty Train", and it's definitely one of his strongest collections to date. I've been busy putting shows together this past few weeks, and we have some more incredible shows next month: 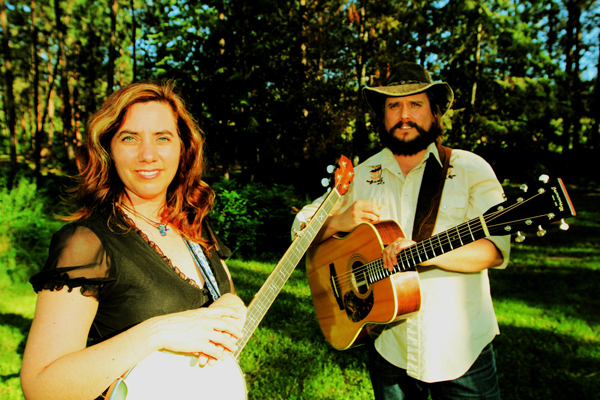 Saturday April 9th - The Small Glories (Winnipeg's Cara Luft and JD Edwards) plus Jenny Ritter and her band. Cara and JD opened for The Fretless a couple of years ago at The Rogue. Since then they have forged a powerful folk duo and just released their first CD together, "Wondrous Traveller". Jenny Ritter moved to Vancouver from Victoria a few years back. There she fronted a great band called The Gruff. Since moving here she has released a superb solo CD, "Bright Mainland", formed a choir or two, and wowed festival audiences - and performers like Eliza Gilkyson - with her melodically infectious songs. She teams up with Adrian Dolan(The Bills) and Ryan Boeur (Fish & Bird) to share this Canadian double bill. 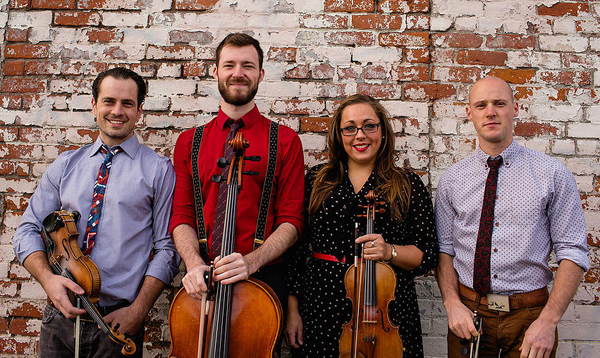 Friday April 15th - The Fretless (wonderful Canadian Celtic String Quartet) at The Revue Theatre on Granville Island. St. James Hall isn't available, so we move to a similar-sized venue which is a music venue for the next few months before being swallowed up by the Granville Island Public Market in 2017. (We have presented there before: 1988. Two sold out shows with Newfoundland's Figgy Duff!) 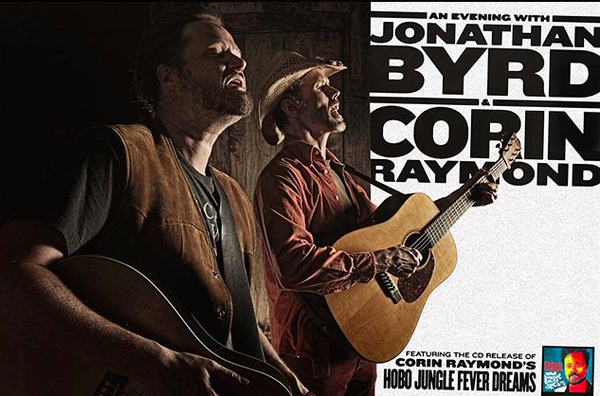 Sunday April 17th - Corin Raymond & Jonathan Byrd. Ontario songwriter Corin Raymond is perhaps best known for his album funded entirely with Canadian Tire Money. He played a Rogue gig in 2010 and was a big hit at last year's Fringe Festival with a show about that Canadian Tire project! He will be joined by his good friend Jonathan Byrd from North Carolina - one of the most impressive troubadours of our time. 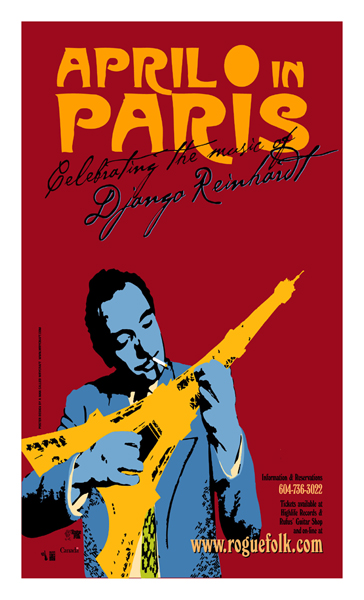 Thursday April 21st - Saturday April 23rd - The 10th Annual April In Paris festival of gypsy jazz. Van Django and Company B Jazz Band - and possibly Seattle's Ranger & The Re-Arrangers - will kick off the event on the 21st. Deanna Knight & The Hot Club of Mars host the annual Cabaret Night on the 22nd, and Saturday's concert will feature Marc Atkinson Trio and Black Gardenia (featuring Paul Pigat on guitar.) All this and lots more to come! Keep visiting www.roguefolk.bc.ca for all the latest developments.  4. Radio WavesA big Thank You to everyone who pledged their support to my show on CiTR's Annual Fundrive. Donations are still being accepted up to March 25th, so if you haven't joined us yet, please go to www.citr.ca/donate and please also mention Saturday Edge as your show of choice. You will either receive a tax receipt for the full amount of your donation, or you can choose some fine premiums like Rogue-ish Folk-ish CDs and CiTR souvenirs and garb.On this week's show - Saturday from 8am to noon on CiTR fm 101.9 and www.citr.ca - I'll have some more selections from CDs acquired at Folk Alliance, some music from CelticFest Vancouver, whatever new releases may have washed up on Rogue's shores while I've been away, and much more! I hope you can join me.Radio Rogue continues to stream some fabulous music 24/7 here RADIO ROGUE