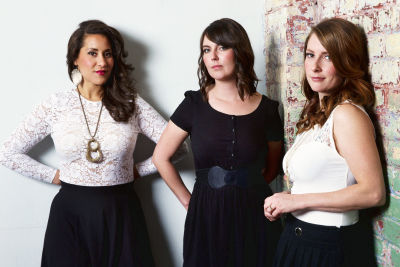 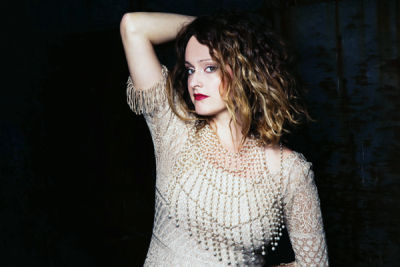 The Rogue presents the sublime voices of Winnipeg trio Sweet Alibi and Toronto songwriter Jadea (rhymes with fader) Kelly on November 10th to kick off a great long weekend at St. James Hall.

Hailing from what has been described as the music capital of Canada, Winnipeg’s WCMA award winners Sweet Alibi (Jess Rae Ayre, Amber Rose and Michelle Anderson) have captivated audiences since 2009 with their charming and personal performances. With 3 releases, over 360 shows across Canada, 33 plus festival performances, in numerous radio performances and interviews, Sweet Alibi is fast becoming a well-known Roots/Pop group.

Tom Power of CBC Radio 2 describes Sweet Alibi as this, “If Mumford and Sons and the Supremes had a love child it would be named Sweet Alibi.” A fitting characterization for a group that blends soulful and powerful vocal harmonies with the sincerity of folk and the foot stomping energy of roots. Their new single “Middle Ground” from their 3rd album “Walking In The Dark” was featured on CBC Radio 2’s top 20 for 7 weeks in a row. The album has recently been nominated for a WCMA for “Roots Recording of the Year.”

“It's a trio of women who can just as easily channel Adele as cover Woody Guthrie.” - Amanda Putz, CBC News

“What a wonderful thing to come upon this band after listening to submission after submission of top-40 wannabees! Vocal harmonies that will stop you in your tracks, and solid musicianship from three women who really seem to have their act together.” - Candace, Secret Frequency

“If you can imagine Patsy Cline writing songs with Feist you kind of have an idea of where Jadea Kelly resides within the musical spectrum”- The Pop Stereo USA.

Some of the greatest art is drawn from darkness. So too was Love & Lust - a compelling and honest release from Jadea Kelly which was launched this summer. This powerful new collection of songs is rich with ambient and atmospheric arrangements and lyrics that dig deep, exploring uncharted emotional territory. Her single "Make It Easy" recently spent several weeks on CBC Radio 2's Top 20 chart.

The following night sees one of Canada's finest young Celtic bands, PEI's Ten Strings & A Goat Skin, return to The Rogue following their triumphant Vancouver Folk festival debut in July. We had the great good fortune to see them at Denmark's Tonder Festival at the end of August (where I took these photos of the band), and they released their 2nd CD, Auprès Du Poêle (Around The Woodstove) in the summer as well. Don't miss this evening of brilliant fiddling and singing, and heaps of youthful joie de vivre to brighten your Day of Remembrance.

“We’re less anchored in traditional structures, the way many players assemble dance sets,” remarks Rowen Gallant, one of the trio’s string players. “We’ve left them by the wayside. We retain the melodic elements, but we’re not opposed to messing with things.”

Working closely with producer Leonard Podolak of Grammy- and Juno-winning eclectic roots favorites The Duhks, Ten Strings and a Goat Skin push their music into new territory, adding B3 and crazed pump organ, clever effects and taut vocal harmonies, for a rich sound with a direct, funky edge. It promises to gather listeners outside of folk circles, where they are already darlings, around the warm glow of fast-burning tradition.

“It’s been a wild ride. It happened to us early,” explains Rowen, considering the trio’s rapid rise to prominence on the folk circuit. Already embraced by the Canadian folk scene, they recently made the Kansas City Star’s list of top traditional acts at this year’s Folk Alliance.

“We love trad music and we have a long list of bands we listen to all the time,” notes guitarist Jesse Périard. “But we get lots of other ideas from other music. There’s lots of amazing music from PEI that’s less trad, more pop, and that’s shaped us.” “Coal Not Dole” and “Maudit Anglais” (featuring the gorgeous voices of Montreal’s alt-folk favorites Les Poules à Colin) highlight this cross pollination.

"The second studio album from Prince Edward Island’s TSAAGS is a truly exciting recording. Indeed, Auprès Du Poêle carries on where their first, Corbeau, left off. This youthful award-winning Anglo/ Francophone fiddle/guitar/bodhran trio of Jesse Periard, Rowen Gallant, and Caleb Gallant have since made a big splash and garnered many great reviews. They’ve been eloquently described as, “A seamless, polished, barrel-drum-tight, rhythmically innovative and wildly entertaining traditional music powerhouse”. That quote serves as an excellent appetizer for those of you yet to hear them. Yet it still fails to do them complete justice. Since words can’t really explain how good they sound, you’ll have to listen for yourself. Get a copy, turn it up, and these boys will do the rest!" -- Penguin Eggs

For best effect, see them LIVE, at The Rogue! For tickets and information, click here

3. Mouse Problem
We have mice in our Granville Island office. Eek!! Anyone have a cat we could "borrow"? Any better ideas? Please email me on steveedgeonfolk@telus.net


4. Next Week at The Rogue
There are two fundraisers for the St. James Hall Renovation Fund next week: The Acoustic Guitar Project (Thursday November 17th) and Jim Byrnes, Paul Pigat & Friends in a concert to celebrate the 90 birthday of Chuck Berry and to mark the passing of Chess Records' co-founder Phil Chess (Chess, the Chicago blues label is home to Chuck Berry, Muddy Waters, Howlin' Wolf, Buddy Guy, Etta James, and so many more.) The band will include members of The Sojourners and more!

The venue needs a new floor, some ventilation, and other improvements to the general comfort of performers and audience members. The City has awarded a grant to fund these improvements, but this MUST be matched by funds raised by the Society that manages the building and coordinates all the activities within. The Rogue has added a $2 fee to all tickets as a Temporary Fund to help raise this money. Please support these concerts and keep coming to Rogue events to help us keep the venue alive and thriving. Your support is vital, and you - as audience members - will be the prime beneficiaries of the improvements to the venue. Donations can be made online at www.sjcommunitysquare.org (scroll down to the Donate button) and all donor contributions $5 and up will receive a Tax Receipt

The musical merriment at The Rogue continues apace, with Quebec's fiddle / guitar duo Pascal Gemme & Yann Falquet (of Genticorum fame) heading home from Australia via BC on Friday November 25th. They have a great new CD of trad. tunes and songs - Princes et Habitants - and there will be a set by North Vancouver's Gabriel Dubreuil Trio to open the evening. Gabriel is an alumnus of the North Shore Celtic Ensemble and Boston's famed Berklee School of Music. He released his debut album, Back To Back Bay, in October, showcasing his brilliant fiddle playing on Celtic trad and originals, and covers of tunes by the likes of David Grisman and Darrol Anger. His trio includes Spirit of the West founder, J. Knutson and bassist William Ross. This is a hot example of Celtic music and jazz fused together by superb musicians. Full details here 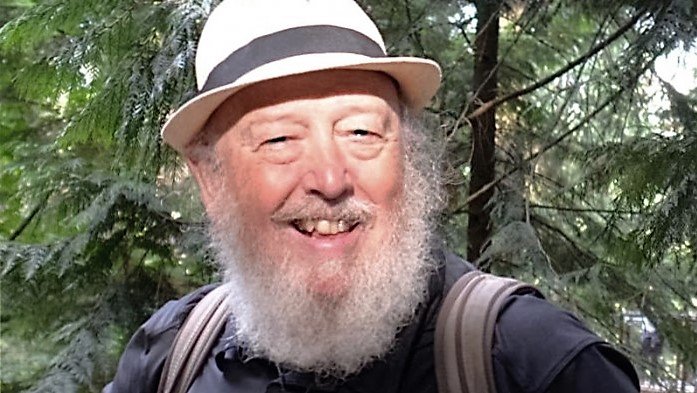 I'll miss the Foghorn Stringband show, unfortunately. I'll be attending the Canadian Folk Music Awards in Toronto that weekend, where I have the amazing honour of being presented with this year's Slaight Music Unsung Hero Award! (See Tom Harrison's article in yesterday's Province.) To be chosen from all of this nation's tireless musical champions is a most thrilling and humbling tribute, and I must convey my most sincere thanks to my partner, Margaret Whale, and to all the volunteers, staff, Board members, audience members, musicians, sound engineers, and venue managers for affording me 30 years of self-indulgence to share my love of the great wealth of folk and roots music which surrounds us all - even when so little of it is to be found in mainstream media.

8. Radio Waves
Luckily there is plenty of "alternative" media, and you can hear this music - and so much more - every Saturday from 8am to noon on my show, The Saturday Edge On Folk on CiTR fm 101.9 and it's streamed live - and podcasts are available of all shows dating back to 2005! - on www.citr.ca

Don't forget, Radio Rogue streams 24/7 from our Granville Island location with a shuffling playlist of 1,000 songs.