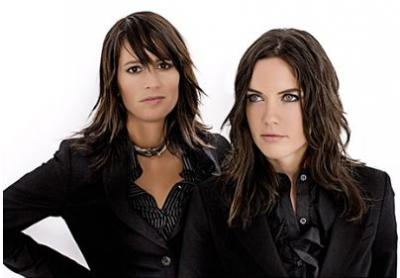 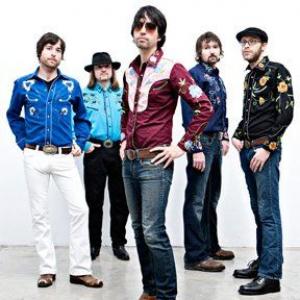 Both hailing from Scottish small towns in Canada, Brenley MacEachern and Lisa MacIsaac have chosen another musical path; one that channels their parent's vintage record collection that comprised of the likes of Neil Young and Dolly Parton. Madison Violet came to be nearly 9 years ago after a chance meeting at an appropriately titled restaurant 'The Green Room'. Since that fateful meeting, the pair have come into a sound of their own, which has been described as both city-folk and tumbleweed pop. With 2 recordings under their belt, both which were recorded in London, UK with producer John Reynolds (Sinead O'Connor, U2, Damien Dempsey) the pair have found themselves on the industry the radar. Their first release, Worry The Jury garnered a handful of ECMA award nominations ('Best New Group' and 'Pop Album of the Year') and had the industry opening their eyes wide at the emerging career that was destined to blossom. Caravan, their sophomore release, went towards a more alt-country direction, which garnered them 2 ECMA awards nominations in the 'Folk album of the Year' and 'Best Group Recording' categories as well as a Canadian Folk Award nomination as 'Vocal Group of the year'. Their latest CD, No Fool For Trying, has taken them down a road lush with harmonies, banjo, fiddle, mandolin and upright bass. The songs are infused with heartache and loss but the listener will always find an uplifting twang in their sound, one that may invoke the essence of Lucinda Williams or Steve Earle.

Ontario's The John Henrys have a sound that draws from a potpourri onces and styles that blend into something that is part alt-country, part Americana, part jam band and part rock n roll. Compared to likes of Neil Young, The Band and Tom Petty, The John Henrys have developed a reputation for tight musicianship, original arrangements and well crafted song writing. Band members Rey Sabatin (lead vocals / guitarist), Steve Tatone (keyboards), Doug Gouthro (guitar), Daryl Quinlan (bass) and Geoff Ward (drums) all contribute to the songwriting and production, and a deep appreciation for vintage instruments and analog recording that is heard through their music. The new release "White Linen" is the band's third album and their first made with the luxury of a decent recording budget and support of an independent label - Canada's Linus Entertainment - home to Gordon Lightfoot, Ashley MacIsaac, and Downchild. The John Henrys take their name from the John Henry of popular folklore, who has been immortalized in dozens of traditional folk songs. As the story goes, John Henry was a giant who labored laying railway tracks and digging tunnels. He challenged the first steam powered drilling machine to a race to determine what was stronger - man or machine. His superhuman effort won him the race, after which he immediately died of exhaustion.