A Celebration of BC Songwriters
Concert poster 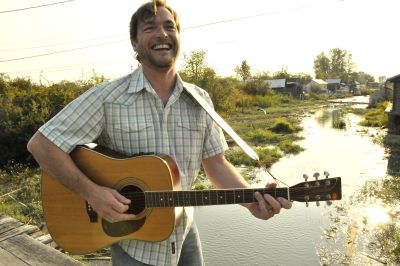 Chris Ronald’s “keenly luxuriant voice and immaculate songcraft” (Ken Eisner, Georgia Straight) have gained him a passionately loyal following, and recent efforts to promote his music have met with increased acclaim and recognition. Achievements since the March 2014 release of Chris’ Timeline album include a nomination for “Songwriter of the Year” at Canadian Folk Music Awards and a place in the finals of the coveted Kerrville New Folk contest in Texas. His recordings have been aired on CBC and BBC radio, and Timeline was recently selected as “Album of the Week” by Blues and Roots Radio and broadcast worldwide.

Chris emigrated from England to Canada in 2002, and his music has been likened to “the country and folk that came out of Laurel Canyon and the British Isles in the mid-seventies.” (Stuart Derdeyn, The Province). In addition to being a teacher and father of three, Chris tours nationally and internationally while remaining actively involved in the local music scene in his hometown of Vancouver. In live performance, Chris draws on his abilities as a highly skilled singer, storyteller and musician (guitar, harmonica, ukulele) to deliver a show that is both captivating and unique. Chris will perform with award-winning multi-instrumentalist John MacArthur Ellis and legendary bassist Rob Becker for this special Rogue show.

Deanna Knight is best known for her work with The Hot Club Of Mars, but she's also a fine songwriter and we look forward to hearing her own songs at The Rogue. She will be joined by Van Django's Finn Manniche on cello an guitar and Mother Of Pearl's pianist Brenda Baird. With her passion for melody and lyric, she has the rare ability to dive deep into your heart and mind …not only leaving you with chills but also thoughts of heartbreak, love, blessings, hope and healing. This spring will see the re-launch of Deanna’s popular singing telegram service… introducing minstrel Lullaby Stork as well as a return to theatre, accepting a small role in the current Dusty Flowerpot Cabaret smash hit musical Scarlet Queen of Mercy.