The Rogue's first Fundraiser for 16 years will take place this coming Saturday! In common with all performing arts organizations across the country and beyond, The Rogue has had a bit of a topsy-turvy time of things these past two years. Sure, we've had some (quite a few) sold-out shows, but there have also been some which lost money (regrettably just about as many, I think!) We do receive two annual grants - one federal, one provincial - but they have remained at the same level as when we first received them 15 years ago, and in 2016 the radio station which presented Shorefest reduced our residual funding from $10,000 to $5,000. In 2017 this funding - and Shorefest itself - disappeared altogether. With renovations in the venue preventing us from staging shows between mid June and early September this year we realized there was a bit of a cash flow problem. Hence the need for a Fundraiser. 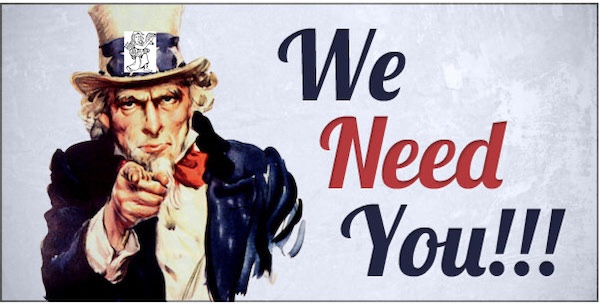 It is going to be an amazing event, folks! We really hope you can come along to hear some scintillating music, enjoy some free appies (and your first beverage is included in your ticket). Plus there are some incredible items which have been donated to the Silent Auction (see below).

Here is an approximate timetable of events:

Doors open at 6:30pm, earlier if possible. Enter via the street-level doors at the NE corner of the building. Inside the lower hall we will have music by roving musicians Kierah (fiddle) and Michael Averill (guitar, voice) and friends.

Courtesy of Rick Martin (former owner / operator of Mac Market and Memento Coffee Shop at 4th and MacDonald) there will be some amazing appies and the best hot chocolate known to Kitsilano. Some of our volunteers are also contributing appies and desserts, and we will have free popcorn too. Plus there will be a bar downstairs. So come early to make sure you get the tastiest appies, and you also get to browse some of the fabulous items in our Auction. 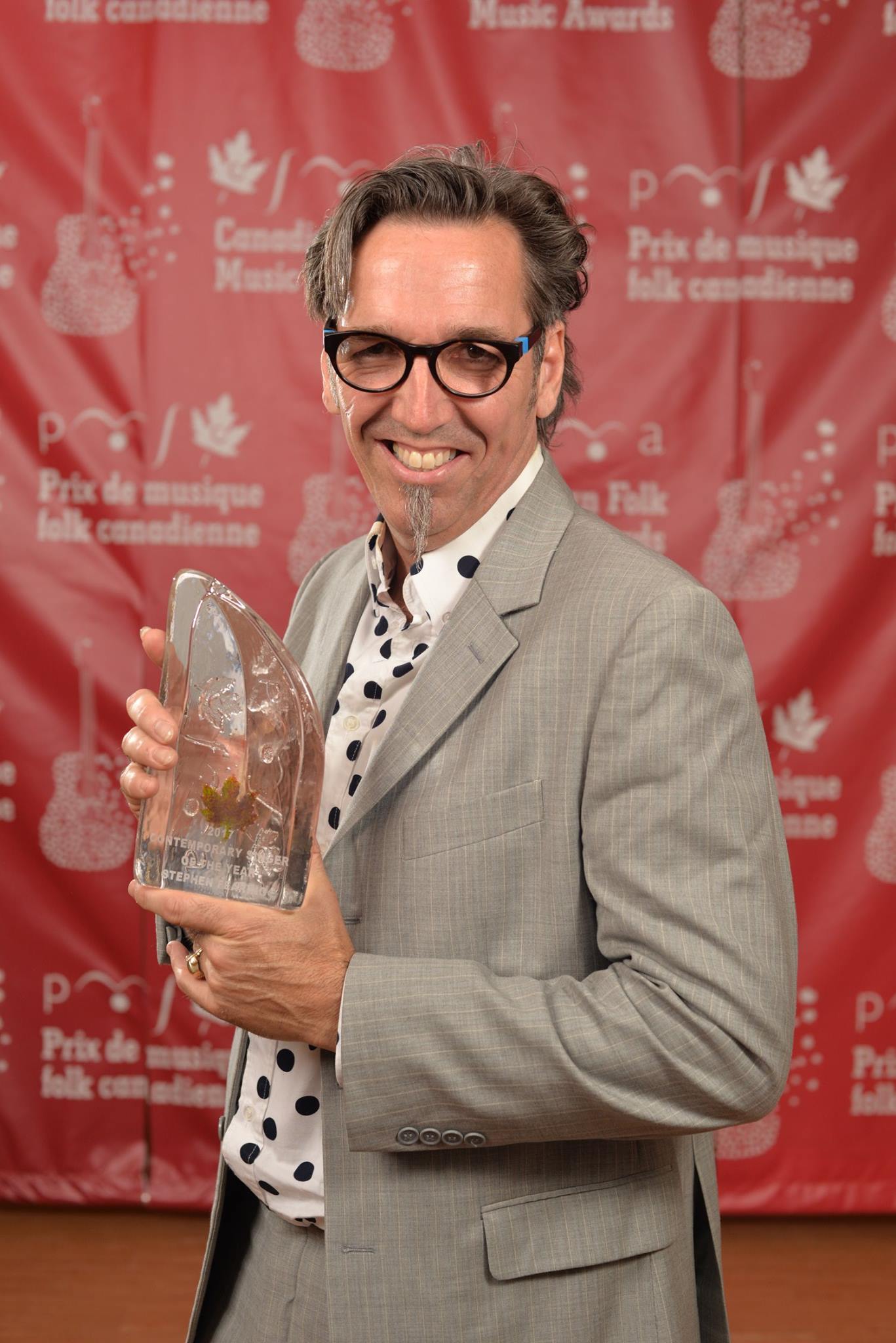 At 7pm, we will open the doors upstairs. Here you will find more items for the Auction, and the music will commence at 7:30pm with brilliant local fiddler Gabriel Dubreuil and a new trio, followed at 8:15 by Founding Rogue (and Member Number One) Stephen Fearing (above) - fresh from winning a Canadian Folk Music Award this past weekend for Contemporary Songwriter of the Year. After a short break, Marin Patenaude, one of the loveliest voices you could wish to hear, will sing a few songs before we finish the concert with a dance featuring East Van's Honky Tonk Dilettantes. For tickets and more information, click here 2. Silent Auction, online and at the Fundraising show. 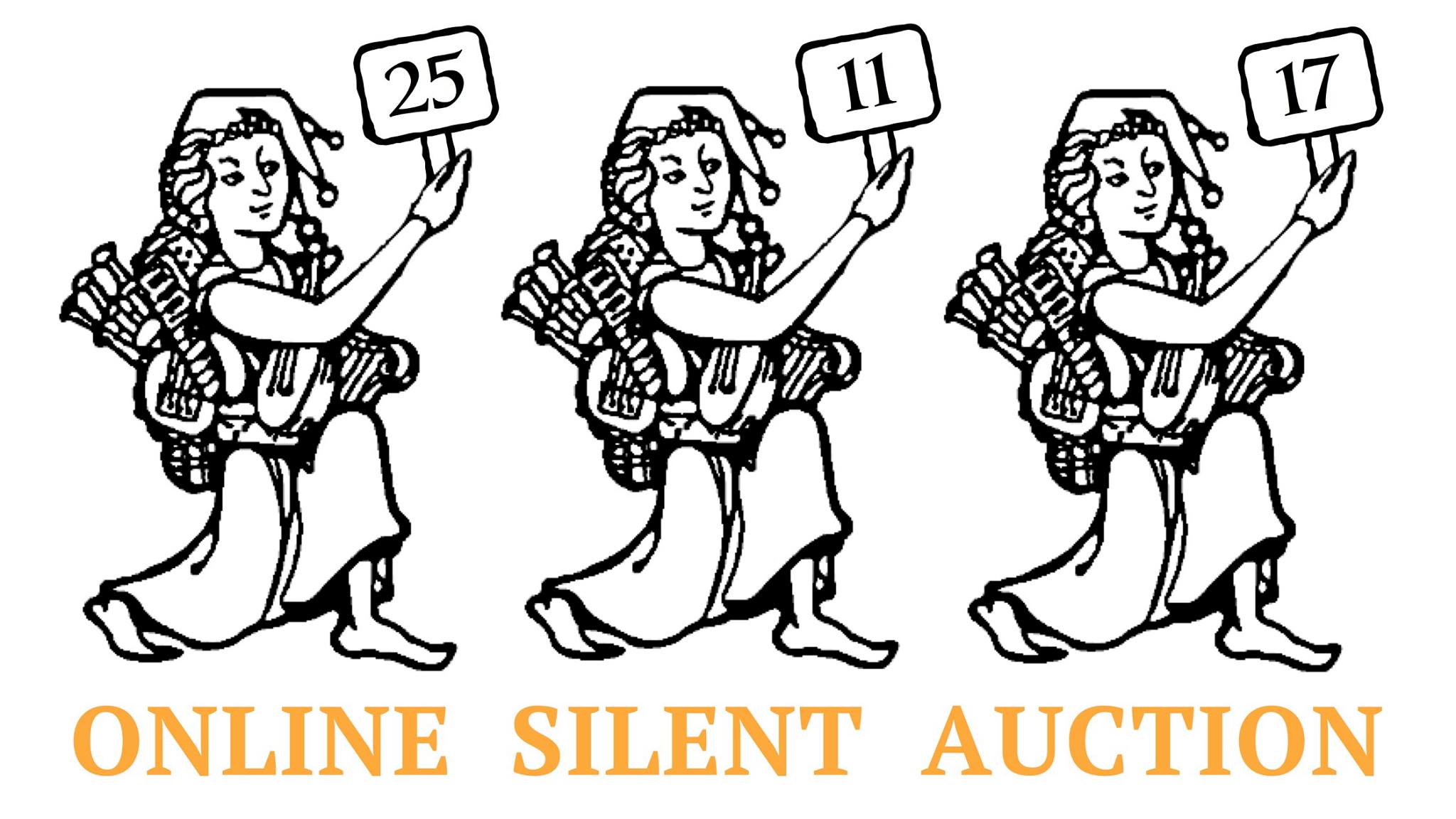 There are over 90 items online. Online bids will be accepted until noon on Friday 24th. Highlights include: Please visit our Auction website to see what's on offer, and make your bids. All proceeds go to help keep The Rogue alive! Your support is vital - and much appreciated too! Thanks!  3. Roguelele Night, Tuesday November 21st, 7:30pm, St. James Hall (3214 West 10th Avenue) 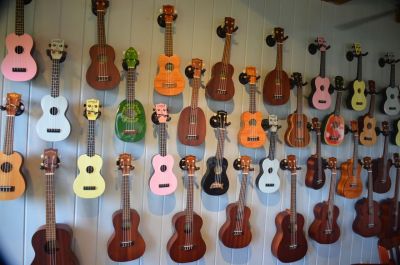 Just a reminder that the monthly ukulele jam night takes place tomorrow evening. If you have a ukulele, bring it with you. Even if you don't, come along anyway and join in with songs you know and love. You might even be able to borrow a uke - or you can purchase a song book. Lots of participatory fun!  4. Don McGlashan, Friday November 24th, 8pm, St. James Hall (3214 West 10th Avenue) 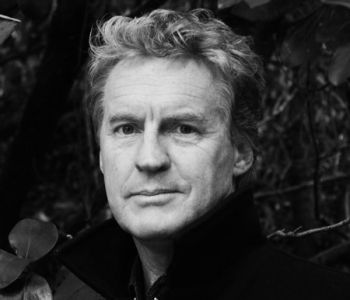 This popular New Zealand singer / songwriter played at Capilano University's theatre a few years ago. He was the singer and principal songwriter in Kiwi band The Mutton Birds for most of the 1990s before going solo. One of a very few songwriters who also plays euphonium, Don's songs are tuneful and finely-crafted. This a Rogue Folk / Cap Global Roots Series co-production. Tickets can be obtained here.  5. Van Django's Cool Yule, Saturday December 9th, 8pm, St. James Hall (3214 West 10th Avenue) 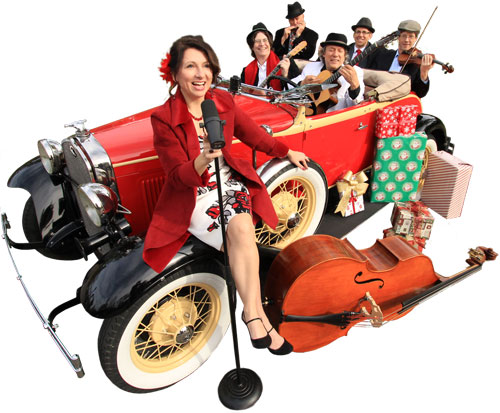 Vancouver's oh-so-cool gypsy jazz quartet, Van Django, teams up once again with the lovely chanteuse LJ Mounteney and harmonica wizard Keith Bennett to present seasonal songs with a unique flavour! This marks our final concert of 2017, and sells out every year. Don't miss it!!  6. Coming To The Rogue in 2018We have some incredible concerts lined up in 2018. How's this for starters? Tickets for all these shows will soon be available on our website  Best wait until after the Fundraiser I think. We're kind of busy with it right now!!  7. Radio WavesDon't forget you can tune in to my show, The Saturday Edge On Folk, every Saturday from 8am to noon on CiTR fm 101.9 and www.citr.ca You can also listen to podcasts of All shows dating back over 10 years! I'm amassing some new releases - including a new EP by Birds of Chicago, and some fond reminiscences of a few of my favourite performers from the past 30 years or so. I hope you can join me!
Nov 5, 2017Dec 1, 2017